The media have an odd relationship with science – to them it’s a giant bundle of confusion (we feel their pain). Research is attributed as ‘scientists say’, instead of naming the specific scientist, or the group of researchers. Partly this is because much research is the work of large teams, often across several institutions and university departments. It is tricky, but even stating which field of science they work in would be a start. For all you budding journo’s, the best way is to state the head of the research team, then the organisation the team works for. To get you started…here’s a few fabulous climate scientists…see, they don’t look scary at all do they? 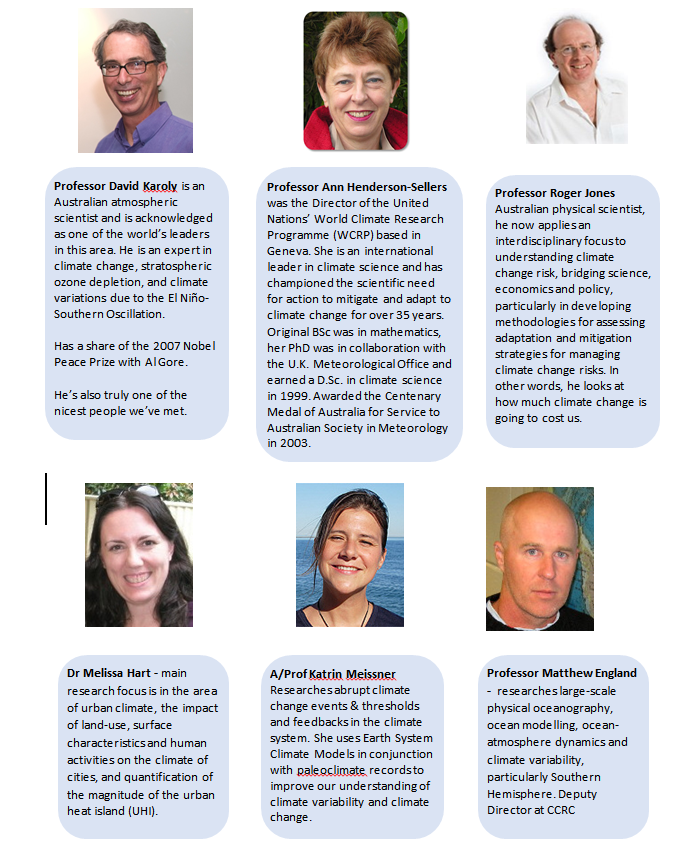