Coral reefs are the most diverse and beautiful of all marine habitats. These underwater structures are made from calcium carbonate – CaCO₃ (also in pearls, shells and eggshells) which is secreted by corals, which are colonies of animals.  Other reef-building organisms include coralline algae, sponges and zooxanthellae. These reefs are colonies of a myriad of marine life and are found in waters that contain few nutrients (that’s why the water is so clear). 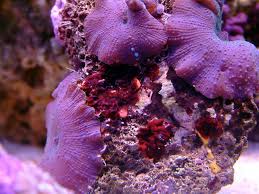 Coral reefs form some of the most diverse ecosystems of Earth. Although they occupy less that 0.1% of the world’s surface, coral reefs are a habitat for 25% of all marine species.

Not only are the reefs essential to all marine life, but to human society as well. The annual global economic value of coral reefs is estimated at US $29.8 billion, from fishing and tourism per year.

However, these fragile ecosystems are under threat and are dying rapidly. Ten percent of the world’s reefs have been completely destroyed, one quarter are said to be damaged beyond repair, and in the Philippines, over 70% of all reefs have been destroyed with only 5% said to be in acceptable condition. So what happened in such a short time?

‘Coral reefs have survived tens of thousands of years of natural change, but many of them may not be able to survive the havoc brought by humankind’. WWF

The major causes and threats of coral reef destruction includes:

Overfishing: Fish living in coral reefs are a significant food source for over a billion people worldwide. However, overfishing affects the ecological balance of reef communities, changing the dynamics of the food chain which has massive ramifications beyond the population itself.

Destructive fishing practices: Long ago are the days of hooks and nets- today’s fishermen often use harmful methods including cyanide and dynamite to get their catch of the day! Bottom trawling is also one of the greatest threats to cold-water coral reefs, destroying the reef floor and harming multiples of species inadvertently.

Pollution: Urban and industrial waste, sewage, agrochemicals and oil pollution are poisoning reefs. Apart from the harmful chemicals and physical pollution ensnaring fauna, a slight change in the pH of coral reefs has the potential to wipe out entire populations. Some pollutants, including sewage and agricultural run off increases the level of nitrogen in seawater which can cause a massive overgrowth of algae. This forms a blanket over the reefs and effectively ‘smothers’ them by cutting off sunlight, thus preventing photosynthesis.

Tourism:  Your next holiday could be destroying our reefs! Careless boating, diving, snorkeling and fishing has a large impact on structures through the touching of reefs, stirring sediment, collecting coral, and dropping anchors on reefs. Some resorts have been built directly on top of reefs, and empty wastes and sewage directly into surrounding waters.

Sedimentation: Construction (both along coasts and inland), including mining, logging and farming activities leads to an increase in sediment in rivers. This ends up in the ocean where it can smother corals, blocking sunlight from penetrating through the sea’s surface. This increase is linked to the destruction of mangrove forests, which usually trap large amounts of sediment (which are now leaked into the oceans).

Coral mining: Live coral is removed from reefs for use as bricks, road fill or cement for new buildings. Corals are also sold as souvenirs to tourists, and are harvested for the live rock trade. Your mates will appreciate a postcard much more than a dead organism- trust us on this one!

Climate change: Corals need specific conditions to survive in, needing constant temperature and pH to name a few. Global warming has led to increased levels of coral bleaching, which is predicted to increase in frequency and severity in the coming decades. This could ultimately kill off struggling reefs around the globe.